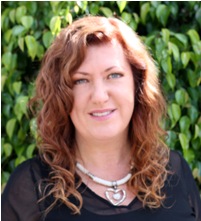 
Karen has been in private practice as a Naturopath for more than 25 years and is recognised as one of Australia’s foremost experts in her field. She combines a high level of professional expertise with a friendly and approachable style.

Karen was President of the Australian Naturopathic Practitioners Association (ANPA) from 2002 to 2007, also representing the ANPA as Secretary of the Federation of Natural and Traditional Therapists (FNTT). During this time she served on numerous Government and non-Government consultative committees for Complementary Medicine nationally.

Karen lectured in Naturopathy at various training institutions in Adelaide for 18 years and was employed as Deputy Principal and Principal of two prominent Adelaide Complementary Medicine Colleges.In 2003 she was appointed as the first lecturer in Naturopathy at the University of South Australia and later continued there in a research role. Karen has written regular complementary health columns for National Pharmacies magazine and The Advertiser and for the past 20 years has been ‘resident naturopath’ for radio 5RPH.

In 2008 she was appointed to the Therapeutic Goods Administration's Advisory committee on Complementary Medicines (ACCM) (http://www.tga.gov.au/committee/accm.htm ) and served on this committee for eight years.